In one form or another I’ve been a part of the military for 40 years. I was born in a military hospital and raised in a military family on military bases all over the world. When I started my own family, I joined the military and served as a member of the U.S. Air Force for 20 years.

I guess you could say, I’ve been around.

I had the unique privilege of traveling the world and experiencing many different cultures. I got to see amazing things—monuments and memorials from Europe to the Korean peninsula. There were statues in the squares of European cities, castles on the hills, great cathedrals and ruined abbeys. I also saw standing stones, monuments and temples in Far East. I even got to see the original Gutenberg printing press in a museum in Germany. 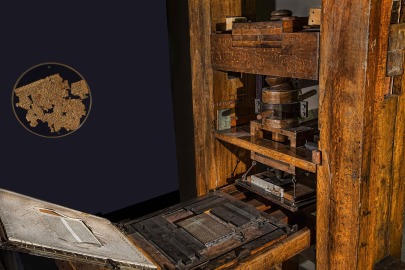 One year, while in the military, I had to attend training in Washington D.C. I stayed in a hotel that was about 2 blocks from the National Mall. Oh, it was such a hardship that I had to stay over the weekend! I mean it was just horrible to walk out of my hotel to the National Mall and see all the monuments there. I visited the Lincoln Memorial, the Washington Monument, The Vietnam Monument, and several other places where we built remembrances in our capital. I was overwhelmed with the significance of what these monuments commemorated in our country’s short history.

Humanity has been building monuments to significant events for ages. We do it to remember. We create something that we can point to and say, “It happened right here, and it was amazing. Let me tell you all about it.” But this is nothing new in God’s upside-down kingdom.

In the book of Joshua, God has the Israelites take twelve stones from the Jordan river where the priests were standing with the ark. He wanted them to build a monument to commemorate how He dried up the raging river so they could cross on dry ground. He demonstrated His power in a new generation just as He did when He delivered their parents from slavery in Egypt by drying up the Red Sea. This time, He had them create a reminder for them and their children of His mighty hand in delivering them into His promises.

Gilgal, the place where Israel established this altar—this memorial, was important. You see, places carry weight and significance. Even with Moses, when God appeared to Him in the burning bush, the place he was standing was holy ground. And that was usually the mark of Israelite altars and memorials; they were established where someone encountered God’s presence. Gilgal held no less significance over the years, not just as a historic location, but also as a place of God’s mighty power.

This happened so that all the earth’s peoples might know that the Lord’s power is great and that you may always revere the Lord your God. –Joshua 4:24

Gilgal was a place of God’s governmental authority. It was where Saul was anointed and crowned the first human king over Israel (1 Samuel 11:14-15). When he gathered for war and impatiently offered sacrifices in the place of the prophet-priest Samuel, he was also rejected as God’s anointed king. God (1 Samuel 13:13-14). Ultimately, God reigns above all and He has given the kingdom to His son, Jesus.

Gilgal was a place of God’s judicial authority. This is one of the three locations where Samuel would hold court every year. As Israel’s leader and prophet, and as one who heard the very voice of God, he would sit as judge over the people (1 Samuel 7:15-176). God, the righteous judge, would speak through Samuel and dispense justice for the people.

Gilgal was also a place of God’s miraculous power and authority. At one point, the prophet Elisha made Gilgal his headquarters (2 Kings 4:38). This is also the place where Elijah was taken by a fiery chariot up into heaven (2 Kings 2:1). Both of these prophets moved in the power of God’s Spirit performing miracles, signs, and wonders among the people to turn their hearts back to the living God.

God had the Israelites build a monument to remind them of God’s power and authority—to remind them of what He had done to redeem them and bring them into an abundant life. But they lost sight of His glorious power, and instead of reminding them of God’s power, they perverted the place of God’s presence to gain power for themselves. Thus, Gilgal became a place of idol worship and was condemned through God’s prophetic judgement (Hosea 4:15, Amos 4:4).

But God always has a plan. He had a better way to create and everlasting kingdom and a monument to His great name that would last for eternity.

But you are a chosen race, a royal priesthood, a holy nation, a people who are God’s own possession. You have become this people so that you may speak of the wonderful acts of the one who called you out of darkness into his amazing light. –1 Peter 2:9

In 1 Peter 2, God calls you a living stone. He says that He is building you into a spiritual temple. He has anointed you to be His monument to show the whole world and all our descendants His merciful greatness. He is fitting you as a temple that will be for His everlasting presence. He has made you His people so you could speak of His wonderful acts. He has anointed you to tell the world how He called you out of darkness into his glorious, amazing light!

You are His monument—His very own people.